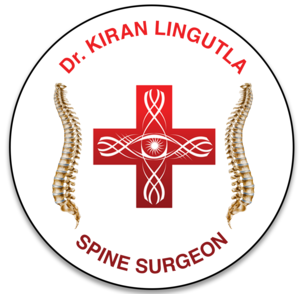 Failed back surgery syndrome (also called FBSS, or failed back syndrome) is a misnomer, as it is not actually a syndrome - It is a very generalized term that is often used to describe the condition of patients who have not had a successful result with back surgery or spine surgery and have experienced continued pain after surgery. There are many reasons that a back surgery may or may not work, and even with the best surgeon and for the best indications, spine surgery is no more than 95% predictive of a successful result.
Unfortunately, back surgery or spine surgery cannot literally cut out a patient’s pain. It is only able to change anatomy, and an anatomical lesion (injury) that is a probable cause of back pain must be identified prior to rather than after back surgery or spine surgery.
Why did the first surgery fail?
The reason for the failure of the first surgery is mostly due to 3 W’s
A. Wrong diagnosis :
Inadequate and incomplete preoperative workup leads to misdiagnosis and selection of inappropriate surgical technique which eventually leads to failed back surgery syndrome.
B. Wrong patient:
Inappropriate patient selection leads to poor outcomes and failures. Psychosocial circumstances like drug abuse,family problems and litigation .
c. Wrong surgery :
Wrong level and W rong side surgery is one of the most important factors for failure.Incorrect instrumentation technique and placement has a pivotal role in failure.Inadequate decompression also leads to suboptimal results.

Reasons for Failed Back Surgery and Pain after Surgery:
1. Failure of Solid Fusion After Spine Surgery
When the fusion is for back pain and/or spinal instability, there is a correlation (although weak) between obtaining a solid fusion and having a better result of the spine surgery. If a solid fusion is not obtained through the spine surgery, but the hardware is intact and there is still good stability to the spine, the patient may still achieve effective back pain relief with the spine surgery.
In general, it takes at least three months to get a solid fusion, and it can take up to a year after the spine surgery. For this reason, most surgeons will not consider further spine surgery if the healing time has been less than one year. Only in cases where there has been breakage of the hardware and there is obvious failure of the spinal construct would back surgery be considered sooner.

2. Implant Failure in Spine Surgery
An instrumented fusion can fail if there is not enough support to hold the spine while it is fusing. Therefore, spinal hardware (e.g. pedicle screws) may be used as an internal splint to hold the spine while it fuses after spine surgery. However, like any other metal it can fatigue and break (sort of like when one bends a paper clip repeatedly). In very unstable spines, it is therefore a race between the spine fusing (and the patient’s bone then providing support for the spine), and the metal failing.
Metal failure (also called hardware failure, implant failure), especially early in the postoperative course after back surgery, is an indicator of continued gross spinal instability. The larger a patient is and the more segments that are fused, the higher the likelihood of implant failure.
Implant failure following spine surgery should be very uncommon in normal sized individuals with a one level fusion.

3. Transfer lesion to another level after a spine surgery
A patient may experience recurrent pain many years after a spine fusion surgery. This can happen because the level above or below a segment that has been successfully fused can break down and become a pain generator. This degeneration is most likely to happen after a two-level fusion (e.g. a fusion for L4-L5 and L5-S1 levels) and in a young patient (in the 30-50 year old age range).

4. Recurrent Stenosis or Herniation after Decompression
Years after decompression (lumbar laminectomy), lumbar stenosis can come back (the bone can grow back) at the same level, or a new level can become stenotic and cause back pain or leg pain.
Pain that is relieved right after surgery but then returns abruptly is often due to a recurrent lumbar disc herniation. Recurrent lumbar disc herniations happen to about 5% to 10% of patients, and they are most likely to occur during the first three months after back surgery.

5. Technical Problems after Lumbar Decompression Surgery
Three potential technical problems that cause the pain after surgery to continue include:
● Missed fragment (of the disc or bone) is still pinching the nerve
● The back surgery operation was done at the wrong level of the spine
● Dissection of the nerve root may cause further trauma.
At times, decompressing a nerve root through back surgery will cause it to become more inflamed and lead to more pain temporarily until the inflammation subsides.

7. Scar Tissue Formation after Back Surgery
All patients will heal with scar tissue after back surgeries as this is the only way to heal. The reality is that although scar tissue is often clinically the reason given for continued pain after surgery, it is probably rarely the cause of postoperative pain. Particularly in patients that have similar pain postoperatively to what they had before surgery, it is unlikely that the addition of scar tissue has any clinical relevance.

8. Secondary Problems after Spine Surgery
Often, there are other secondary problems that must be worked out after back surgery. For example, a patient with a pinched L5 nerve root from a disc herniation may still need physical therapy afterward because they may have a secondary piriformis syndrome. Unpinching the L5 nerve root may relieve the radiculopathy (sciatica) but the patient still has pain in the buttocks from continued muscle spasm in the piriformis. Until this is worked out, the patient will not feel like the
back surgery is successful.

Rehabilitation after Spine Surgery
After spine surgery, careful follow-up and rehabilitation is very important. If there is continued pain after surgery despite adequate time to heal and rehabilitate, then further workup may be warranted to find if there is a new lesion or a different type of problem that could contribute to the patient’s pain.
The approach toward FBSS involves initial conservative/non operative management then followed minimally invasive procedures, including injections, and finally surgical options as a last line of management.

Conservative/Non -Operative Management:
Physical therapy and medication management are the cornerstone of first-line management of FBSS.
Physical therapy can help the patient optimize gait and posture and can improve muscle strength
and physical function.
Optimization of analgesia with ESIs (epidural steroid injection) in patients with FBSS can be achieved when performed in conjunction with pharmacologic agents aimed at treating neuropathic pain.